Still Mine A Novel by Amy Stuart

– The Globe and Mail

WHAT HAPPENS IF YOU VANISH FROM YOUR LIFE AND LEAVE NO STORY BEHIND?

SOMEONE WILL MAKE ONE UP FOR YOU.

Clare is on the run.

From her past, from her husband, and from her own secrets. When she turns up alone in the remote mining town of Blackmore asking about Shayna Fowles, the local girl who disappeared, everyone wants to know who Clare really is and what she’s hiding. As it turns out, she’s hiding a lot, including what ties her to Shayna in the first place. But everyone in this place is hiding something—from Jared, Shayna’s secretive ex-husband, to Charlie, the charming small-town drug pusher, to Derek, Shayna’s overly involved family doctor, to Louise and Wilfred, her distraught parents.

Did Shayna flee? Was she killed? Is it possible she’s still alive?

As Clare uncovers the mysteries around Shayna’s disappearance, she must confront her own demons, moving us deeper and deeper into the labyrinth of lies and making us question what it is she’s really running from. Twisting and electrifying, this is a get-under-your-skin thriller that will make you question what it means to lose yourself and find yourself in the most unlikely places.

This novel is about a woman named Clare who is on the run from her past, from her husband and from many secrets. She appears at a remote mining town called Blackmore inquiring about a girl name Shayna that is missing. Clare uncovers many mysteries about Shayna’s disappearance and she also deals with her own problems and issues. She gets caught up in a few things in Blackmore but her past truly haunts her and at the same time she has to deal with finding what happened to Shayna.

I found the book to have a slow start. I like the development of the characters and the story but it was slow paced.  I like the relationship between the characters especially Clare, Malcolm and Louise. I found Clare to be very brave and caring.  The people of Blackmore have been hurt and have experienced loss. Their  emotions run deep in their blood and Clare’s presence stirs many things. The story moves forward because of Claire.  The character of Clare has gone through so much in her past it amazes me to see her go through more emotional challenges and changes in Blackmore.

It’s a good story and I wonder what will happen to Clare in the future. I wonder what will happen to all the characters in the future.I give this novel a 3 out of 5  because it is well written, the story is good and the characters very well developed and believable. After completing the novel I’m left thinking about the characters and what the future holds for them. This is a good sign that the story affected me. The novel has many moments that are dark and melancholic. There are many emotions and friction  that happen between the characters and it is really engaging as the reader.I truly wonder how her life will end up. I think she wonders the same thing.

You should definitely give this book a read!

I totally recommend it!

Thank you to Simon & Schuster Canada

One thought on “Still Mine A Novel by Amy Stuart REVIEW”

Buy me a Coffee

I woke up this morning and I wrote five poems to add to my poetry book. I’m feeling grateful.
I think it’s been 2 years since I’ve been to #salem with my sis in law @susyqusie good times! Happy Birthday Susy! 🥳 love you! 😁🎃🐾 what a cool name for a #bookstore 🎃 👻🎃👻 have a spooktacular weekend! 📕 📚 📖 #books #bookstore #booklover #massachusetts #october #halloween #spooctacular #books #livrestagram #livre #livreaddict
It’s 3 months post chemo today! Where has the time gone! I’m grateful to be here and I’m feeling good. I posted my hair growth in the stories, if you like have a look. It’s growing back nicely. I’ve been enjoying autumn 🍂 weather have you? Recently I bought these beautiful ankle boots and I adore them. Thank you to my husband for the lovely gift. These are from @softmocshoes and they are Josef Seibel Pearl 22. 😍🤩❤️👍🏻 they are so beautiful and comfortable and I love them. Have a lovely weekend friends and the weekly #vlogtober vlog will be up tomorrow. #bestdayblogger #boots #ankleboots #softmoc #toronto #canada #fall #autumn #autumnvibes #fallvibes #naturewalk #fallwalk #autumnal #autumnvibes🍁 #autumn🍁 #autumnleaves #autumnboots #style #shoes #fallboots #gratitude #softmocshoes
I am grateful for everyday, grateful for my husband and children. I’m grateful to be alive. I’m grateful for the treatments that I’m receiving for #breastcancer 🙏 I’m grateful for all the nurses, doctors, friends and family that have been by my side. I have gratitude for everything around me. So blessed for each moment of life. I wish you all a very #happythanksgivng 🇨🇦 God bless you all and may you be healthy and happy and treat your selves with love and kindness. Much love and thank you all for your continuing love and support. God bless! 🙏 #thanksgiving #canada #canada🇨🇦 #bestdayblogger #grateful #gratitude #feelinggrateful #toronto #thankyou #mycancerjourney #thankyougod #love #kindness #autumn #fall #autumnvibes #fallvibes #dowhatmakesyouhappy
Happy Friday! I would love for you to ask me a question about my cancer Journey. I’m going to be filming a Q&A on my channel. The link is in the profile. it’s breast cancer awareness month and I wanted to remind you to check your breasts and also get a mammogram. It can save your life. If you like check out https://cancer.ca/en/ways-to-give/breast-cancer-awareness-month to donate. Have a beautiful day and an amazing weekend. Lots of love and peace and a very Happy Thanksgiving. 🇨🇦 #mycancerjourney #thinkpink #breastcancerawareness #her2positive #triplepositivebreastcancer #cancersucks #cancerawareness #toronto #awareness #october #breastcancer #canada *free image from Canva.
Good morning my lovely friends. I hope you are all well. I wish you all the best today. Have a magical day and enjoy each moment. Much love and happiness. 😁 #coffee #goodmorning #mug #cuppa #cup #thekiss #gustavklimt #nature #love #morningroutine #morning #fall #autumn #fallvibes #autumnvibes #gratitude #grateful🙏 #autumncoffee #cupofcoffee #bestdayblogger
Happy Monday! It’s a beautiful rainy day. ☔️ have a lovely week. #rain #raining #mood #cozy #fall #autumn #autumnvibes #fallvibes #photography #bestdayblogger #raindrops #rainyday #rainingday☔ #beauty #grateful #gratitude #lifeisbeautiful #toronto #ontario
My nails are so fragile and damaged from chemo and break so easy. I need to keep polish on them and this week it’s @essie in the colour “say it ain’t soho” 1522. Such a beautiful #autumn colour. #nails #nailpolish #nailsofinstagram #nailsoftheday #autumnvibes #fallvibes🍁 #autumn🍁 #essiepolish #essie #copper #orange #autumnnails #fallnails #toronto #bestdayblogger #chemonails 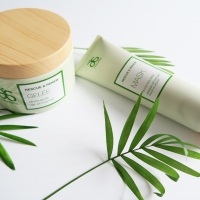 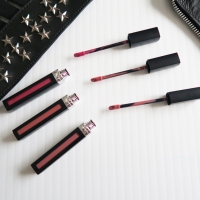 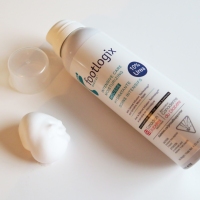 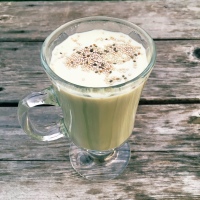 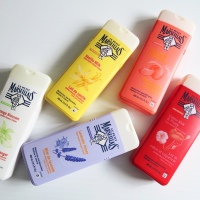